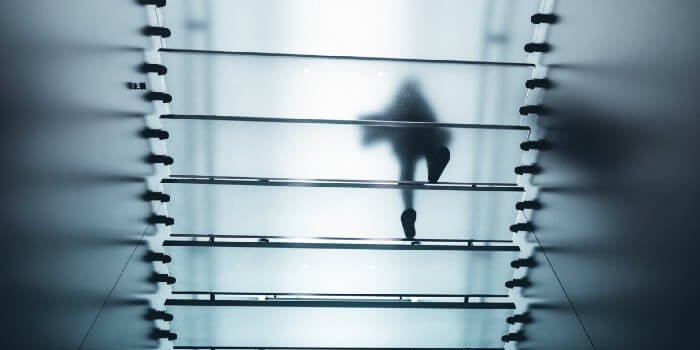 When I started freelancing, I was desperate. I was six-months into unemployment, had sent out hundreds of pitches and applications, and hadn’t landed a single client.

I was living in a constant state of scarcity. Desperate for any opportunity or anyone willing to give me a buck in exchange for just about anything.

Even when I started getting some traction and doing a few gigs, that scarcity didn’t go away. I would bend over backward and would go way beyond the scope to make clients happy. I was passive and didn’t want to be “annoying” or “difficult”. I had no boundaries when it came to client work.

I was too afraid to ask for what I wanted, so I settled for being told my worth and tried to be grateful for the opportunity. I was also angry and resentful and very unhappy. I was still broke and overworked.

It wasn’t until the last four months or so that I learned how to set boundaries and actually stand up for myself. I’ll be honest: having paying clients and a small amount of money makes it infinitely easier to set boundaries. Desperate situations cloud your judgment and force you to cling on to any glimmer of hope for a payout.

I didn’t even realize how far I’ve come in my journey to set boundaries and stand up for myself until an encounter with a potential client earlier this week.

I received a referral for a potential client and took the steps to schedule a call with him. Getting him to schedule the call took some back and forth. I sent him a link to my calendar asking him to choose a time that works for him.

I guess he took that to mean that I was online at the moment because he immediately added me on Skype and attempted to video call me. I told him I can’t video chat at the moment and to please schedule a time to chat. Old me would have quickly brushed my hair, canceled whatever I was doing and answered that call with a smile, despite being on a deadline and on my way out the door.

“Please refer to the link I sent you and choose a time that works well for you, or proposes a different time tomorrow or later this week.” He calls me AGAIN. I politely tell him that I can’t talk right now. Eventually, he books a time, I thank him, he says “Ur welcome” and we move on.

I use Calendly to schedule my calls for a number of reasons. I work with people in a lot of different times zones. Calendly automatically shows the times in the other person’s timezone, saving me some math and accidental fuck-ups. It also sends reminders and automatically puts the event on your Google Calendar if you’re using a Gmail account.

So, back to my story. The morning of the call, I sent a courtesy reminder email. It’s something I started doing to protect my time. In hindsight, I could have worded it differently. Rather than saying “let me know if you can’t make it” I should consider changing it to “please confirm that you ARE still available.” I didn’t hear anything, but I also don’t expect people to be on their computers checking email all day. I sent another reminder an hour before the meeting.

The time of the meeting comes. We’re set to video chat on Skype and I notice he’s not online and hasn’t been in a few hours. I send a quick message, “hey, are you still available to chat?”

I hear nothing. Two minutes after the hour, I give him a call, thinking he might not be on his phone or might just be idle on Skype. There’s no answer.

Not only that; I’ve done hundreds of sales calls at this point, but I still get nervous. My anxiety skyrockets the minutes before a call and I have to do a lot of self-talk to calm my nerves until the talking starts. So feeling unnecessary anxiety, even though it’s not his fault, really put me over the edge.

I got to bed, and wake up to a message from him on Skype.

“When was the call?”

Three things:
One — He scheduled the call. He literally picked the time and date.
Two — He should have received upwards of 3 reminders.
Three — As a service provider, it is not my job to be a client or a prospects secretary. I send reminders as a courtesy.

So, feeling a little bit petty, I went to Gmail, took a screenshot of the meeting he scheduled and sent it to him.

Then he proceeds to video call me. I hit ignore. He sends me a message.

I’m livid at this point. The level of entitlement this guy has over my time is admirable. And no, I will absolutely not call you back.

In addition to standing me up, there were a few other red flags that came up during our Skype messages that I won’t go into. My gut was telling me that even if we were to find another time to get on a call and talk about the project, it wasn’t going to be a good fit.

I message him back telling him that I don’t think this a good fit, feeling proud of myself for sticking to my boundaries and listening to the sirens going off in my head.

I started to feel guilty afterward. Like maybe I was being unreasonable or overreacting, but I caught myself and stopped those thoughts in their tracks.

I feel very privileged to even be able to make that choice now. A year ago, I would work with anyone that would pay me a dime. I would respond with a “Don’t worry, I’ll call you in a minute” with a fake smiley face. I had no problem sacrificing my boundaries and self-respect for the promise of a check at the end of a project.

Nope, not anymore. That’s what I call #growth.

A Freelancers Guide To Getting Inbound Leads

How To Write Cold Emails That Win Projects